Tributes, Messages & How the Trust Has Helped Me John Barrett, first President of the Trust and friend and colleague of Dan’s, relates one of his many stories. 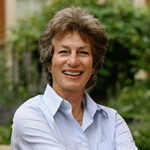 Virginia Wade – a Vice-President of the Trust recounts a memory of Dan.

“Dan was one of a kind, he was lovely. The reason he managed to keep going for so long was he was just so enthusiastic, he just loved tennis. He loved watching all the new players, he loved observing the new trends in the game and he also, of course being a man of few words on the air,  did teach us all great discipline.“

You may include your own photos, videos, links to social media – each message will be approved for publication and will then appear on this page.

Back to: Remembering Dan Maskell

Ways You Can Help

We know generous people like you want to make a difference. Find out how we can help you support us.
Donate Now

Individuals can also raise money via personal challenges such as marathons and bike rides and if you wish to do this, you can set up a page on JustGiving. Let us know and we'll help promote, via social media.
Donate Now

Do you shop with Amazon? Of course you do! Register with AmazonSmile and donations will be made each time you shop.
Donate Now

Whenever you buy anything online – from your weekly shop to your annual holiday – you could be raising free donations for The Dan Maskell Tennis Trust with easyfundraising?
Donate Now

For businesses - Support us through your sales by donating a £ or % from the sales of your products or services Pledge your donation today in a legal, simple and sustainable way via our Work for Good page.
Donate Now

If you would like to receive our newsletter, please enter and submit your email address